Bis are a Scottish indie pop band composed of Steven Clark (Sci-fi Steven), John Clark (John Disco), and Amanda MacKinnon (Manda Rin), formed in 1994. The band's name, rhyming with 'this', derives from "black iron skyline", a lyric from the song "Twilight of a Champion" by The The. The band broke up in 2003, but re-formed briefly in 2007 for a series of concerts. 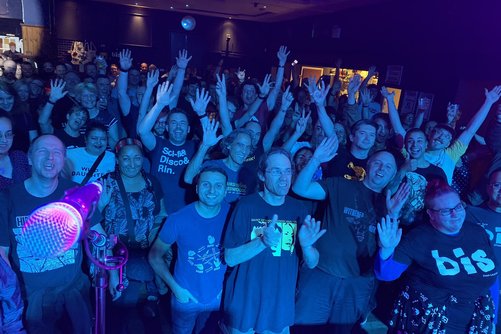